Rob Sigg – Thanks For Visiting

Rob Sigg has over 25 years of advertising, marketing and television media experience. Currently the President of Performance One Media, he leads his team of media experts to consistently find new and innovative methods of driving new business while maintaining unprecedented standards to bolster responses for existing clients.
Through high level strategic relationships, Performance One is able to procure media at below market value rates which provides our clients with highly efficient media opportunities.  Our procurement strategy includes; long-term media commitments, time banking, trade deals and strategic partnerships. we have assets and leverage unmatched in the marketplace.  Our strategic partnerships include; networks, station groups, syndicators and content providers.  We deliver local broadcast, local cable, national cable, satellite and syndicated media opportunities

Recognizing newly created revenue opportunities by bringing video to consumers ‘over-the-top’, Performance One Media launched an dynamic CDN (Content Delivery Network) and an advertising delivery monetization engine in the second half of 2012. Since its launch, Performance One Media has recognized successful consumer launches through state-of-the-art applications on Sony, LG and Samsung connected devices, Roku streaming video players, iOS and Android mobile devices, with other launches imminent.

Before launching performance One Media, Rob spent over 8 years with Turner Media Group, which he helped launch from its inception. As President of Turner Media Group, Rob’s natural execution-oriented style made for huge growth when he took them from a 3-man media agency to a 100+ employee power-broker within the media landscape. He pioneered and was instrumental in the development of Turner Media Group as the exclusive rep-firm for all media sales through DISH Network. At its height, after bringing them to a revenue growth of 250MM, Rob made his exit in 2004.

In the years prior to Turner Media Group, Rob utilized his true entrepreneurial spirit and his insight to recognize how ‘all-the-pieces-fit-together’ to own and operate a number of businesses in the real estate, construction, spa and salon disciplines. 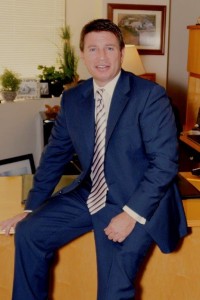